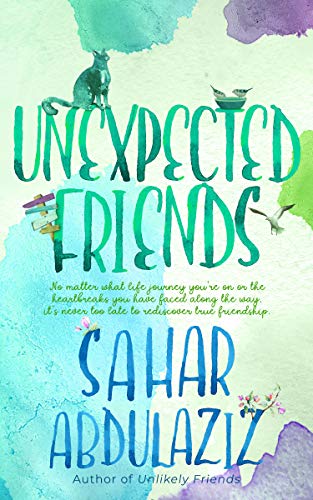 During their long friendship, Cornelia Parish had been the bane of Irwin Abernathy’s existence. Forever minding his business and trying to run his life. But even in death, Cornelia seems determined to make sure her best friend––former librarian, current bookshop owner, and interminable grumpy curmudgeon––doesn’t spend the rest of his insufferable days alone.

Home > Books > The Sands of Marrakech

High in the Atlas Mountains of Morocco, Berber nomads report their sheep are being slaughtered by a renegade lion’s deadly claw. On her way to meet husband Mike Stone in Tangiers to investigate, Amy Mohr is kidnapped by pirates while crossing the Strait of Gibraltar. Injured beyond the mere physical, she must rediscover why the fight for humanity’s survival should continue. Thus begins a paranormal adventure on a quest to eliminate a past enemy who has come again to threaten mankind. The woman she only knows as Medusa and a mysterious Berber healer join her and Mike Stone to track down this madman who has the power to manipulate time and drain the vital life force from anything that gets too near. Their mission takes them through ancient cities, along back roads and through the desert sands of the Sahara where they meet ordinary people and experience the meaning in their lives.

I Have become Death
Disclosure of Material Connection: Some of the links in the page above are "affiliate links." This means if you click on the link and purchase the item, I will receive an affiliate commission. I am disclosing this in accordance with the Federal Trade Commission's 16 CFR, Part 255: "Guides Concerning the Use of Endorsements and Testimonials in Advertising."